Acharya Dental is quivering with excitement. “Rajini sir is coming” is the hushed whisper.

And so it was. On a sunny Wednesday morning, I meet Mr. Rajinikanth. He arrives exactly on time for his appointment, dressed in a simple white churidar kurta. He was ready to start treatment immediately. Having explained the problem, I proceed to ask deferentially what he would like me to do. The reply was immediate. “Just do what you think is best, Doctor” he says. Just like that. I was taken aback by the implicit trust and confidence in his doctor, an unusual trait for a celebrity. Meanwhile, unknown to me, the crowd outside my door was swelling. My staff, patients and passers-by were all waiting for a glimpse of their idol.

Celebrities who come for their health needs have a right to their privacy and need to be protected from publicity at this vulnerable time. Strict instructions had been given to all to avoid crowding around Mr. Rajinikanth and disturbing him at this time. But it was not to be. People continued to mill at our main entrance. I asked Mr. Rajinikanth how he tolerated and managed the people that were present everywhere he went, wanting to see and take pictures with him. To which he replies, “I am perfectly ok with this, it’s my pleasure”. I then asked him if ever wanted to escape, where would he go? “To some remote place in the Himalayas”, he says, if at all. He then graciously accepts to pose with anyone who wanted a picture with him. Myself included. The adoration of his fans is unmistakable. Rajinikanth carries his “Superstar” mantle very lightly, seemingly untouched by the frenzy around him.

A Superstar is not born, he is made.  If there is one perfect example of a good human being, it is this man. He is in tune with himself and totally at ease with the Superstar status. Perhaps it is this simplicity with which he comes across that makes the emotional connection complete. Portraying a character, mostly Good triumphing over Evil is one thing. Walking that talk and being a good person in real life is another.

That perhaps is the secret of his charisma. How would you explain his popularity that grows by the day? Ask him, and he says with that gentle smile, “All God’s grace!”

This blog post has been published with permission from Mr. Rajnikanth 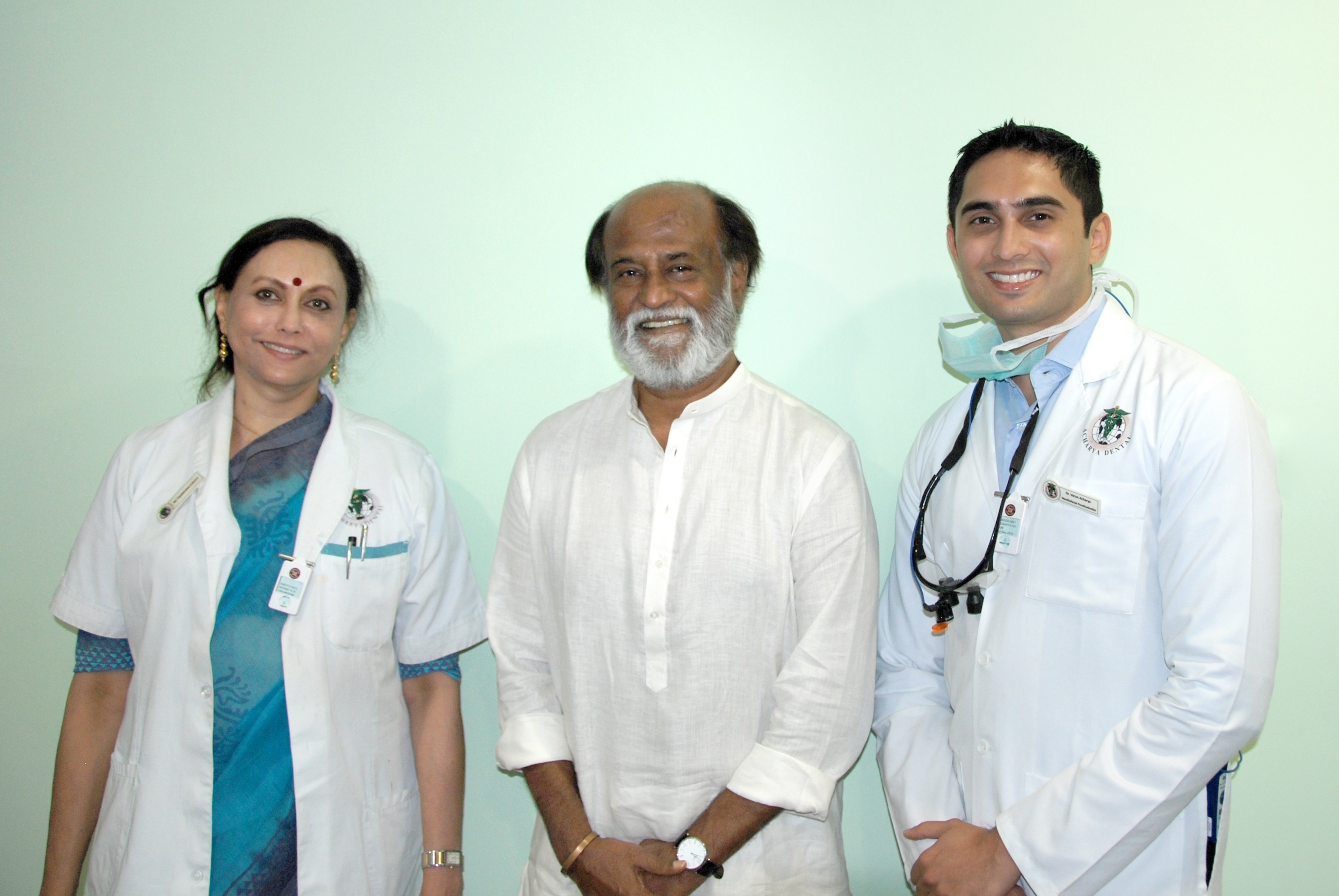